THE FUTURE OF FARMING IS UP FOR GRABS. FOOD COMPANIES TAKE NOTE! 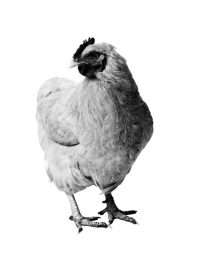 Food companies take note; the British farming industry is on the precipice of great change, arguably the greatest change since accession to the EU and membership of the Common Agricultural Policy (CAP) 45 years ago. And this change could have a big impact on the future availability of British farmed produce. The response should be to start planning now.

Since his appointment, our Secretary of State has been quite clear about his vision for a future domestic farm policy and how the British food industry should compete in a post Brexit world.

Direct payments currently made to farmers – based on the amount of land farmed – are to be removed. Instead payments will be made that incentivise practices that deliver so-called ‘public goods’ such as environmental protection and animal welfare. The belief of the Secretary of State is that this will pave the way for British food to achieve a ‘Golden Standard’ or as some people are calling it, become the Waitrose of global food production. 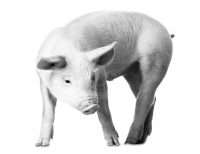 In the future, many are predicting that there will be fewer farms operating as highly efficient, technology savvy, and innovative businesses. It is these high performing farms that can weather the negative impacts of the imminent policy shift. But to do this effectively, they need the support of the
rest of the food supply chain.

The surprise for us, is that this potential change to the British supply base has not reached into the psyche of food companies. Very few individual food businesses responded to the recent DEFRA ‘Health & Harmony’ consultation which is worrying given that the repercussions could be far reaching.

The ability to source British is one. It was striking in a recent informal EFFP poll of food companies that over 50% couldn’t predict where raw materials would come from in a post-Brexit world (no surprises there), of those that did, over 80% thought they would be sourcing more from British farmers. Whilst the reasons behind these views were varied – from avoiding costly tariffs & border controls to securing
domestic supply for their factories – if the majority are looking to source more British products, how easy will it be for them all to secure their supply? Will the supply chains of today be the same in a couple of years’ time? These are big questions to address, but given their magnitude, the Government has given food and farming businesses time to plan and adjust by committing to a post- Brexit transition period for agriculture. But what can they do?

There are some food businesses that have invested in building stronger ties and supply chains with their farmers. They have the advantage of strong, productive supply chains ‘back to farm’ that deliver more certainty of supply (note the troubles faced during the disastrous 2012 harvest), brand protection (note the ‘Horsegate’ scandal), the ability to manage volatile commodity markets and deliver on many aspects of sustainability at the farm level, where there are plenty of benefits to be gained.

With all the uncertainty surrounding Brexit, effective planning remains tricky but now, with a degree of clarity about the future direction of British farming, the time is ripe for food companies to up their efforts, work with their farmer suppliers and help deliver a stronger food and farming industry fit for the future.

We use cookies on our website to give you the most relevant experience by remembering your preferences and repeat visits. By clicking “Accept All”, you consent to the use of ALL the cookies. However, you may visit “Cookie Settings” to provide a controlled consent.
Accept AllRead MoreCookie Settings
Manage consent

This website uses cookies to improve your experience while you navigate through the website. Out of these, the cookies that are categorized as necessary are stored on your browser as they are essential for the working of basic functionalities of the website. We also use third-party cookies that help us analyze and understand how you use this website. These cookies will be stored in your browser only with your consent. You also have the option to opt-out of these cookies. But opting out of some of these cookies may affect your browsing experience.
Necessary Always Enabled
Necessary cookies are absolutely essential for the website to function properly. These cookies ensure basic functionalities and security features of the website, anonymously.
Functional
Functional cookies help to perform certain functionalities like sharing the content of the website on social media platforms, collect feedbacks, and other third-party features.
Performance
Performance cookies are used to understand and analyze the key performance indexes of the website which helps in delivering a better user experience for the visitors.
Analytics
Analytical cookies are used to understand how visitors interact with the website. These cookies help provide information on metrics the number of visitors, bounce rate, traffic source, etc.
Advertisement
Advertisement cookies are used to provide visitors with relevant ads and marketing campaigns. These cookies track visitors across websites and collect information to provide customized ads.
Others
Other uncategorized cookies are those that are being analyzed and have not been classified into a category as yet.
SAVE & ACCEPT
Powered by